The San Nicolò valley in the late 80s: being pioneers wasn't as simple like in the past. Sure, one could train more, get rid of some extra gramms and push the grade towards 8c/9a. But that was not the job of pioneers, it was a job of real athletes who were super disciplined and constant.

In any case, since the climbing competitions were introduced, the climbing development at the crags lost some of it's initial spirit. At least I had this impression and I still feel this way today, because it seems to obvious that the best competition climbers can climb the hardest routes at the crags.

I never believed in the concept of the "run for the supergrade" as an alternative way of competition for who doesn't like the direct comparison. Since the competitions were part of our climbing world, climbing in nature for me returned to what it had been at the beginning when it didn't have any official value. The only thing that matters is the research of ones personal limits and the only admirer that counts is anyone for himself. 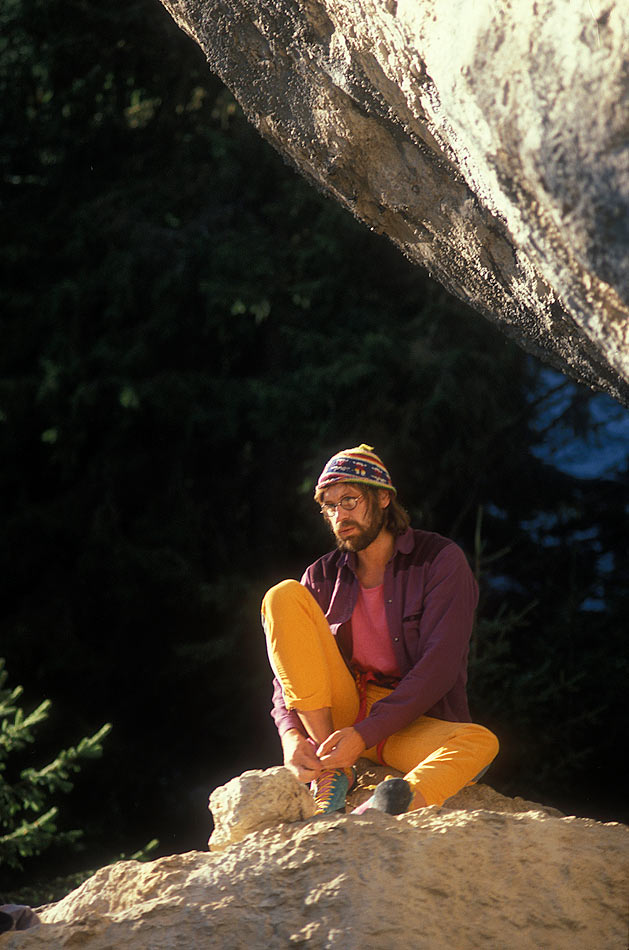 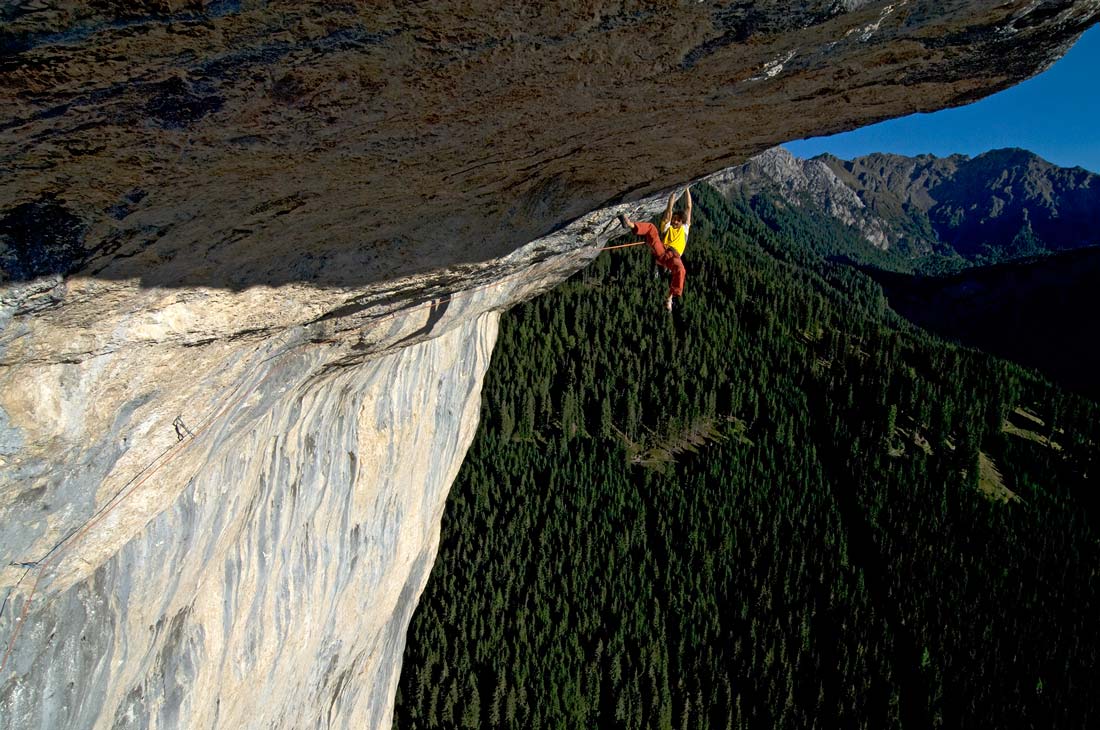 But lets go back to the San Nicolò valley in the end of the 80s:  after my hardest routes, Kendo and Looping, I felt that I still hadn't reached the maximum of my possibilities. To express the maximum of ones potential is a dream that exists in everybody, not only in a climber, and I think that made men get out from the caves.

In my case I wanted to get out from the forest, where we've gotten lost for several years. I dreamed of a route, that was spacious, super exposed and certainly super hard. The last thing wasn't a simple aspect for who goes climbing following his instinct and the moods of the moment, instead of working out on a regular basis. Instead of spending time on a campus board or other purposeful workouts, my preparation was limited to repeating the same routes over and over again, like Kendo three times in a row, followed by various tries on new projects, and then back home to pick up my hang-glider and fly for the rest of the day.

The big roof: I felt like Rocky Balboa who went to Russia to work out as a lumberjack in the Siberian forest, carrying big heavy logs on his shoulders and cutting wood. Instead of the log I carried a big load of gear, including a gasoline powerdrill that weighed at least 10 Kilos (20 pounds)! I could barely stay on my feet and had to climb a nearly vertical wall covered with grass and earth. I followed the traces of chamois extremes and was completely exhausted before even beginning with the real endeavor, bolting a roof of at least 8 meters with the intention of using less bolts possible. Then, scratch the dirt out from pockets and holds, isolate some of them with Sica to stop the water filtering through, and so on... these heavy works took me busy for three weeks, I never made a similar effort as an alpinist!

The result was a fantastic route, a matter of endurance with some bastard single move. Unfortunately to really try the route I managed only a few times to convince Luisa to belay me, because the approach was a pain in the ass and also dangerous. I remember one really good try, I had passed the overhanging wall, the big roof and unexpectedly found myself at the final vertical wall that I had never really checked out, considering it easy. Betrayed by the instinct exactly in that moment I did everything wrong and totally pumped I had to surrender on the last few meters. "Next time I'll make it", I thought, but a few days later I noticed a strange noise, falling off high on another project! At first I thought that a small hold had broken, but than I realized that a tendon of my middle finger had snapped. This way my dreams of "higher, faster, further" had ended.

After a rest period of eight months the finger started to recover, but it never reached again the strenght of the times before. I postponed the hope to go back on my project from year to year, but in the end my "instinct" led me somewhere else...

Sometimes I had thought to "donate" my projects to a climber of the young generation, but the hope to return again myself hadn't abandoned me yet, because deep inside I'm always an optimist. As long as nobody discovered these hidden tresures, why unveil them?

Only when Mario Prinoth, an excellent local climber, one day asked me discreetly about that big roof, I realized that since my last attempt 20 years had gone by! It was time to pass this project on to who was ready to do it. I also offered Mario my other project, the one where I had torn my finger tendon.

My enthusiasm for climbing didn't stop there. People like to say, that for grown-ups there are more important things in life than climbing, I keep wondering what these might be... 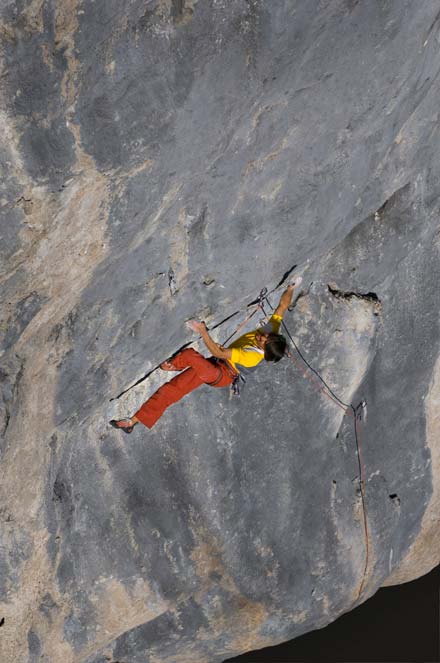