The rediscovery the Kreuzkofel in the seventies

In the Seventies, the Kreuzkofel led a quiet and shadowy existence. Only a few insiders knew about the beauty of its routes like the Mayerl dihedral or the Große Mauer. Nobody knew anything specific about the Mittelpfeiler—only that it boasted a bundle of bail slings, leftovers from failed attempts to repeat the climb.

Back then nobody would have thought about rapping down from the top to unveil the route’s secret, quasi through the back door. Nobody would have dared to use bolts to replace their missing courage and eliminate the element of risk.

The Mittelpfeiler is still today an important symbol in the history of alpine free climbing. Hardly any other route shows so clearly the difference that the refusal to use bolts can make in the mountains. If the first ascent were made today, the crux would be protected with a bolt, drilled while standing on the comfortable ledge, the result another meaningless plaisir route about which nobody would talk or dream.

As a young mountain climber, initially I followed in the footsteps of my predecessors, trying to put myself in their shoes and to comprehend their perspective. Based on that, I developed my own thoughts and ideas. Observing the evolution of our sport’s history, you’ll note a continuous increase in equipment and techniques, with an exponential jump in the 1950s. Natural movement up the rock degenerated to mere construction work! But then, in the 1960s, a counterculture emerged and free climbing was rediscovered.

Reinhold Messner’s campaign against the use of bolts as well as his refusal to use bottled oxygen on high-altitude climbs seemed to point toward a clear direction for the future. Voluntarily limiting aids was a direct declaration of war against the alpinism of conquest by any means. One would have thought that any climber with half a brain could not ignore this spiritual awakening. 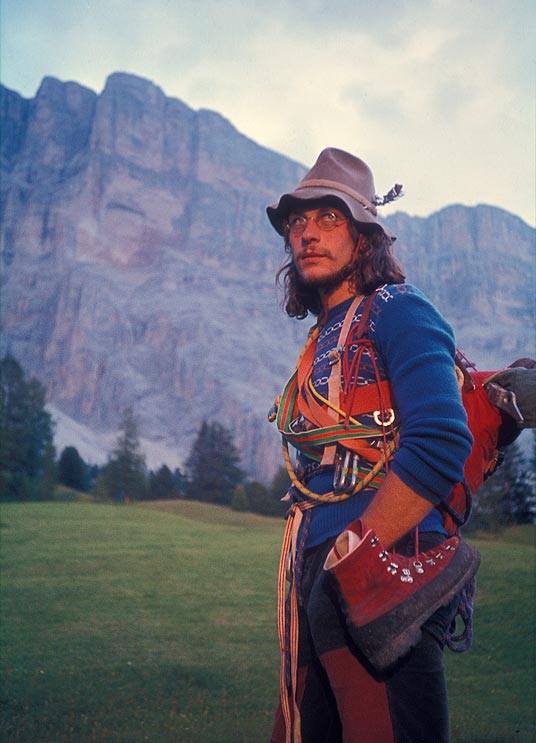 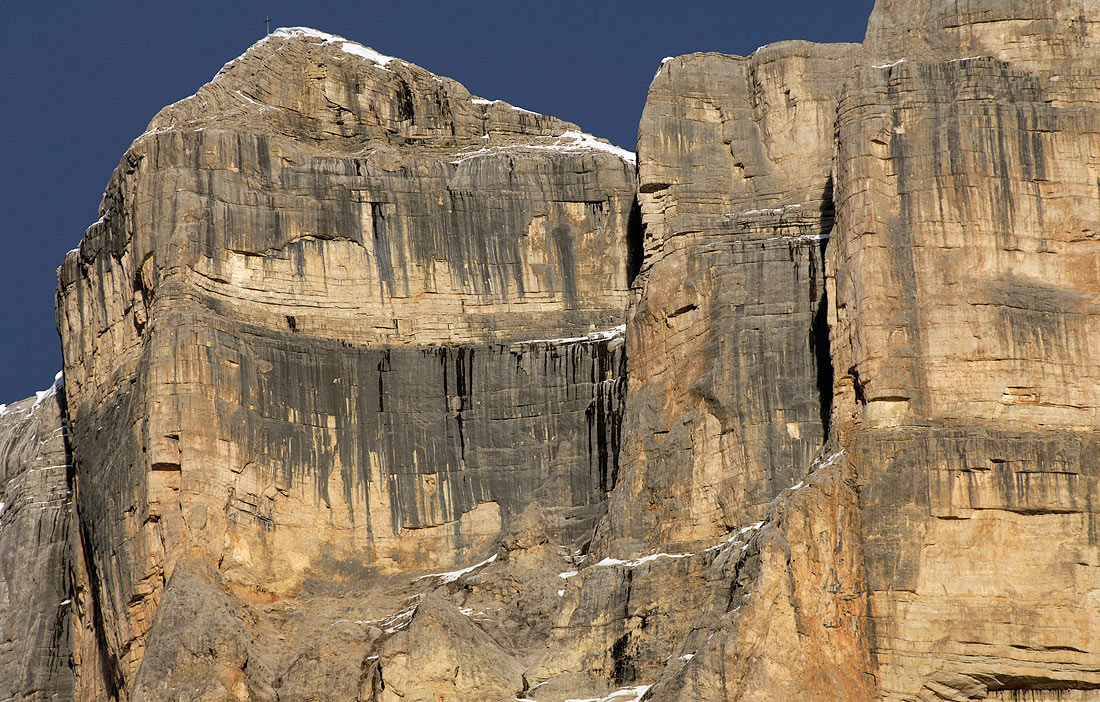 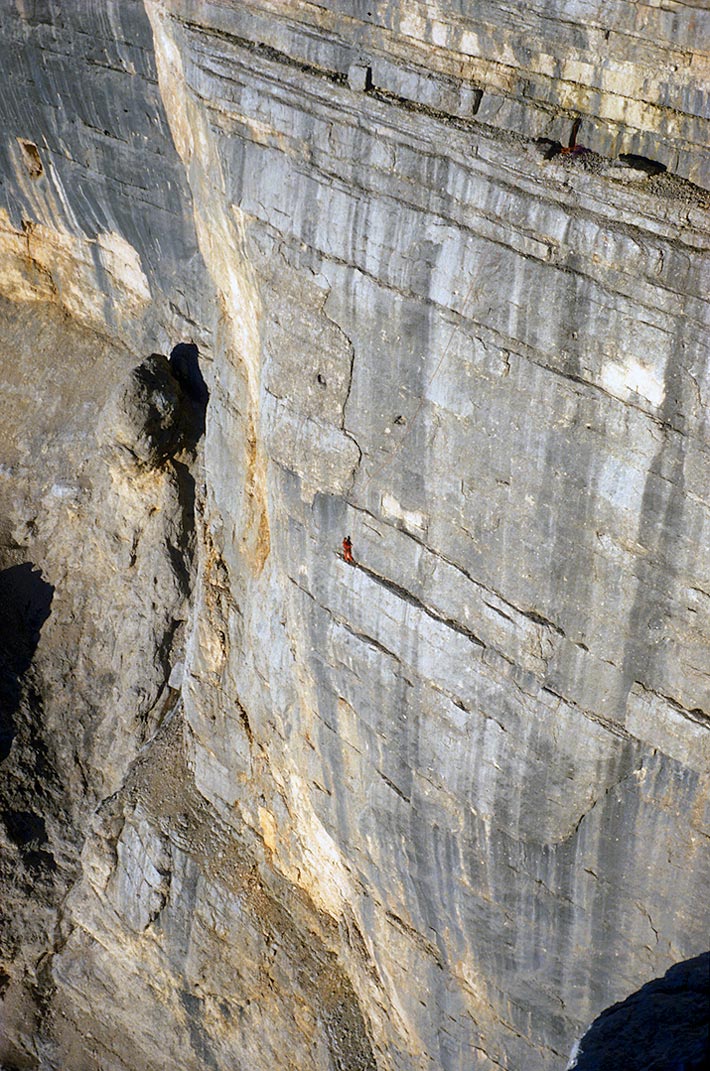 But astonishingly, the diehard conquistadors and their followers survived this bold assault against their established worldview, and today must surely be pleased about the new generation’s return to total un-ethics! Alpinists and climbers have “advanced” to become petty bourgeois trend-servers. Nowadays being a follower is hip, while cultivating your own ideas is a rarity. The higher someone rises in the public grace, the more his horizon narrows.

The Kreuzkofel today: The mysterious wall has lost its mystery. Once-feared routes are now considered afternoon strolls. We shouldn’t forget that Livanos and Messner bivouacked during their first ascents. Since then, the wall has shrank, thanks to fixed pitons, detailed beta and topo maps, better equipment, and the evolution of free climbing in general. Less uncertainty and a faster climbing style have not only reduced the dimensions of the wall but also the adventure. New routes have been put up, but none of them was as unconventional and outstanding from the actual Zeitgeist like the Mittelpfeiler.

Today, young climbers make statements like they “need” to travel to Patagonia or the Himalayas, because here in the Alps everything has already been done. If more attention had been paid to style instead of to reckless conquest, plenty of fascinating goals would still remain in the Alps, and the Dolomite walls would still have many secrets left to discover, even for future generations.

I always like to say that every mountain is as big as we let it be. 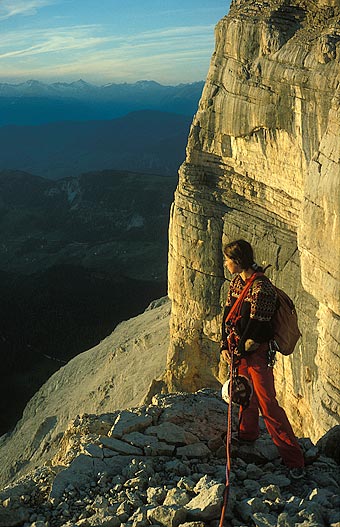