Sport climbing in the eighties

An atmosphere of awakening, a discovery of a “separate reality”! Not only a new dimension in free climbing, but also a new lifestyle, changed the conventional climbing world. A new world unfolded, a colorful and crazy world freshly imported from America. But the laidback lifestyle didn’t preclude strict rules on the rock: no hanging on the bolts to check out the next move; you had to lower to the ground immediately after a fall, pulling the rope for your next attempt; and no pre-placed quickdraws to facilitate your redpoint. (For the younger generations, it’s worth noting that a redpoint with quickdraws already hanging was considered a “pinkpoint” and not really recognized as a full-value free ascent.)

Only after the mid-eighties did these severe rules ease up, when the South of France became the new center of the climbing universe. According to the motto “The end justifies the means,” suddenly any tactic was accepted in achieving a redpoint ascent. The resulting leap in climbing grades confirmed the new direction. It was the definitive end to an era that had favored the bold and the brave. Many climbers who before hadn’t dared to try routes with widely spaced protection now used a toprope to check everything out and to detour around the psychological barrier that had previously held them back.

Perhaps in earlier years we had squandered our potential with our strict rules, but it was a really cool situation and one that had always worked in our favor: those who accepted long runouts remained a step ahead, just like in the old days when we were still traditional alpinists. 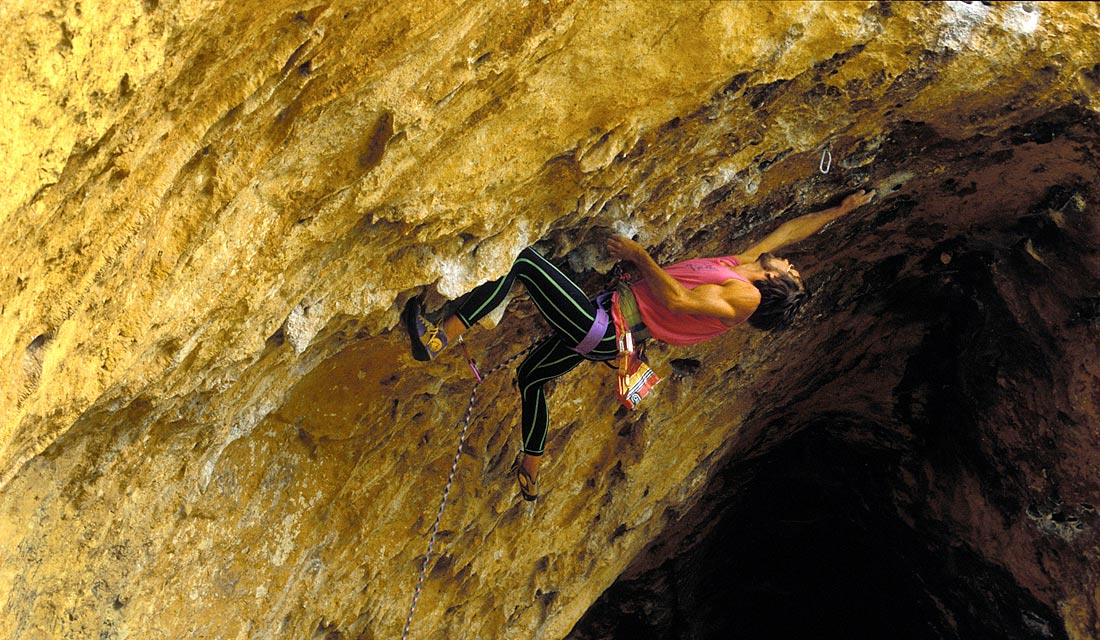 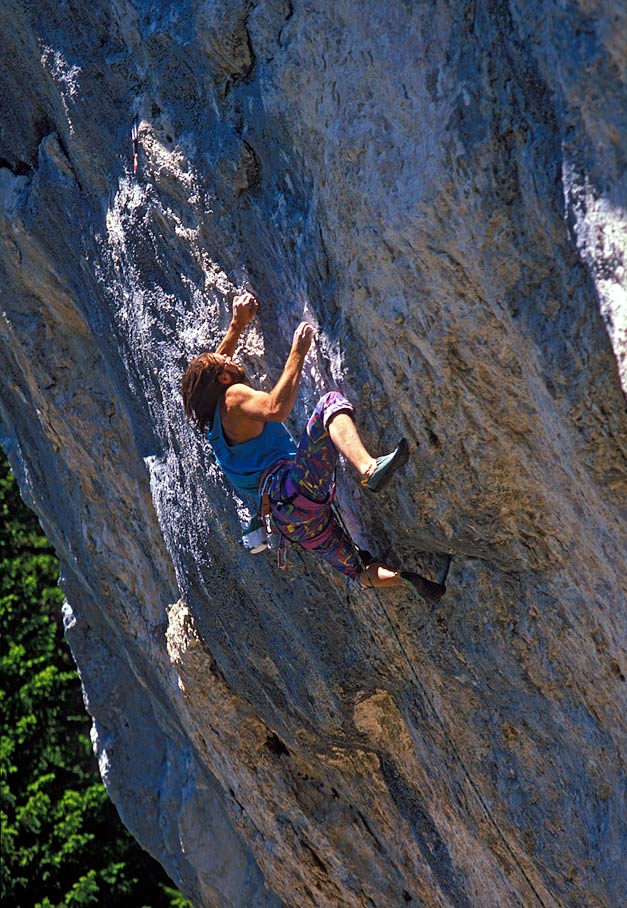 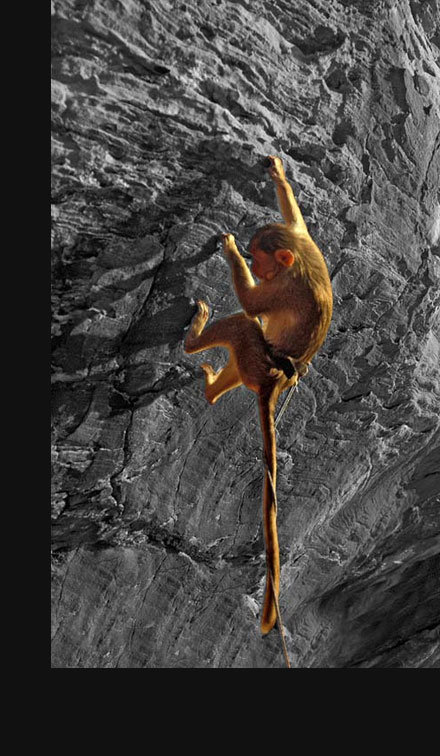 Sport climbing was at its best when it existed only among insiders, none of whom expected to impress the general public. There was something familiar about the pilgrimage from one crag to the other, often seeing friends and well-known faces. Everybody was pretty laidback, and competitive thoughts existed only on a secondary level. I experienced the golden years in Buoux, admired Patrick Edlinger and the Le Menestrel brothers, and lost interest in traditional alpine climbing and its often contrived and multilayered ethics. Sport climbing got straight to the point: everything was visible to everybody, a redpoint ascent was a clear metric of success, and, unlike alpine climbing, everybody followed the same rules. Sport climbing was basically just the way I had always envisioned the future of alpinism: the same terms and conditions for everybody. Still, all ethical matters aside, going deeper into sport-climbing also helped me realize that it didn't make much sense, to search my limits on poorly protected mountain projects at a low athletic level... having to face risk mainly because of that. The logical plan was to raise my level through sport-climbing at first and then go back to the mountains. However, the plan failed, because in the ensuing years I found it much more interesting to push my limits in sport climbing (that in those times was still in pioniering stage). 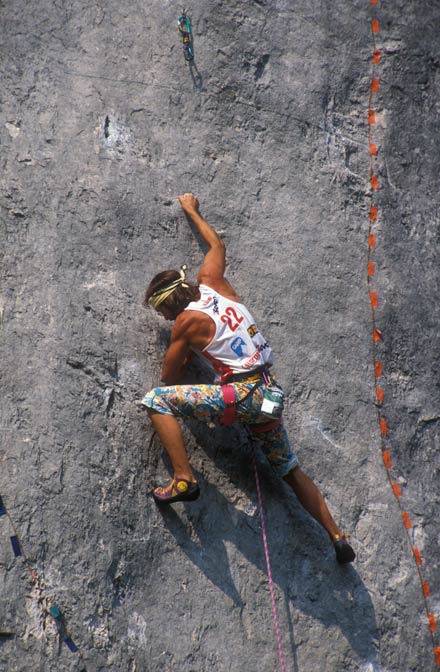 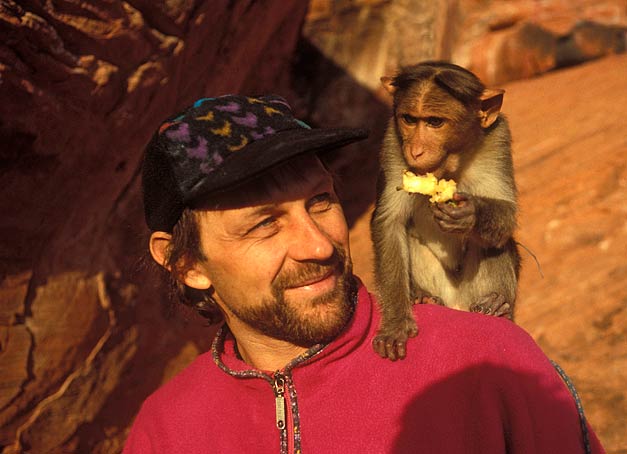 Initially, sport climbing generated a certain amount of confusion among alpinists and the general public, but only for a short time. Then it quickly became assimilated and classified, in order that the public not experience any discomfiture trying to understand this bizarre new activity. Virtually at the last minute was a sense of and context for sport climbing found—we would officially compete against each other instead of ending up as useless alternative freaks, becoming more and more like our friend “Fred” the climbing monkey, not only physically but also spiritually. (By the way, I met Fred during a climbing trip to Red Rocks, and after I shared an apple with him he revealed the secrets of his climbing skills to me—not that they helped much...)

In the final analysis, the climbing scene has lost much of its easygoing spirit, while some climbers have become self-satisfied and feel more important than others due to their having attracted public attention. The voices of the real and authentic enthusiasts hardly penetrate the maze of success reports. Competitive spirit dominates in all fields! On the plus side, the difficulty level has risen to new standards, though on the down side, I see more climbers feeling stressed these days than having fun.

Official climbing competition seems to me the most fair and honest way to be a professional climber, and the only possible justification for foregrounding the competitive spirit.
Another 9a here, another 9b there—who cares? What really counts is one’s personal experience, the search for one’s own limits. The beauty of climbing is that everbody can pursue his or her own aspirations and that there’s unlimited room for progress. To fix one’s mind on numbers leads to spiritual impoverishment. There will always be someone who climbs harder! Today’s 9b will be insignificant tomorrow. What really counts is one’s comparison with oneself.