Back to the future?

What we see mainly about climbing these days are dynamic moves on indoor walls, one arm pull ups on campus boards, bouldering sequences that come closer to parkour than to the original forms of climbing. Scrolling through posts on Instagram leaves the impression that modern climbers seem to be more obsessed with training than actual climbing! That inspired me to invite Magnus Midtbø, described on Instagram as “Climber and aspiring YouTuber with a fetish for training”, to climb some classic slab-routes in Arco, Italy. I had met Magnus a year ago at the “Oslo Klatresenter” and was impressed by his powerful climbing style. He seemed to have endless power on everything beyond vertical and I was wondering how he would move on slabs where it’s mainly about precise foot positioning and big muscles seem to be more in the way than useful. At least, as dedicated slab-climbers, we liked to put it that way, but never really believed in that theory. From my own experiences I had a vague memory that power is always an advantage, even on slabs. Power and core strength give you more time for precise footwork. Still, I had known athletic and powerful climbers who sucked on technical face climbs. Magnus seemed the perfect “test animal” to get a definitive answer to this open question. I was curious to find out how a modern “power climber” would move on historic Arco slabs, like “Superswing” and “Tom&Jerry”, both from the early eighties and comparable to “Viol du corbeau” and “Autoroute du soleil” in Buoux.

After accomplishing these first harder climbs in the Arco area, I used to travel to Verdon and Buoux to get a better idea about my actual climbing skills. It was the times when Patrick Berhault and Patrick Edlinger where the superstars of sportclimbing and on top of the evolution. It was the times when checking out routes on toprope was considered as cowardice and scary runouts made part of the difficulty of a route. For our small group of “pushing -the-limits-Arco-pioneers” (Roberto Bassi, Manolo, myself and Luisa Iovane) climbing was still more a psycological game than an athletic performance. With the development of sportclimbing to steeper and more athletic climbs I soon realized that pushing the grades on slabs was much harder than on overhangs. So, in the end I lost my love for tiny crimps on less than vertical rock and preferred to push my limits on steeper crags with bigger holds. Also interesting to mention, there were no Indoor climbing gyms at the time, which means training and preparation was very different (more limited) compared to actual times. 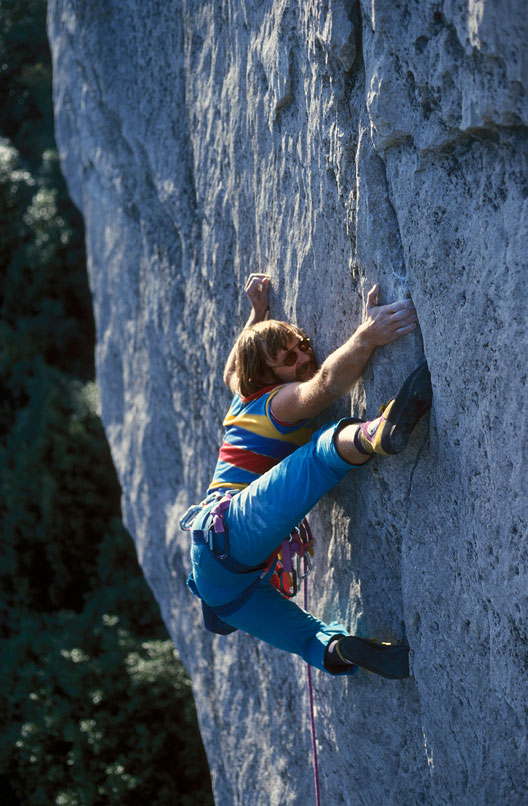 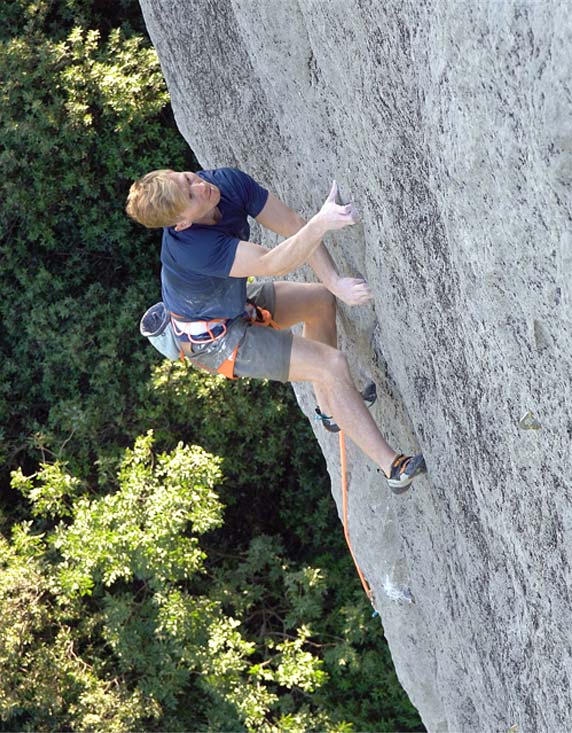 But back to Magnus’s time travel experience: as I expected he adapted immediately to the style and with his extra-power he could climb up and down to find the hidden pockets and figure out how to make the moves. On “Superswing” he fell on the last move, committing to a possible but more difficult sequence than the original way. Onsighting slab-routes often depends on luck!

In 1984 we discovered unclimbed blank sections at the “Spiaggia delle Lucertole” above the Garda lake, with beautiful white rock that was smoother and steeper than Swing area and looked perfect to push slab-climbing to the next level. It was not only a challenge for our finger strength on small crimpers, but even more for the grip of our rubber soles.

It was before Charles Cole invented Stealth rubber, and the best rubber of the moment was way below actual rubber compounds. In my memories Tom&Jerry was one of the best routes of that period and I chose it as another nice test piece for Magnus!

Heinz on Tom & Jerry in 1984, with the classic Strawberry chalkbag, a souvenir from a trip to Yosemite in 1980, and the even more classic quickdraw

Tom&Jerry was even more forgotten and abandoned than Superswing and hadn’t seen chalk for a long time, which made it really hard to find the small crimps and hidden pockets. After a first exploration round Magnus solidly redpointed this fantastic route and it looked like he had fun. It was certainly inspiring to watch him. 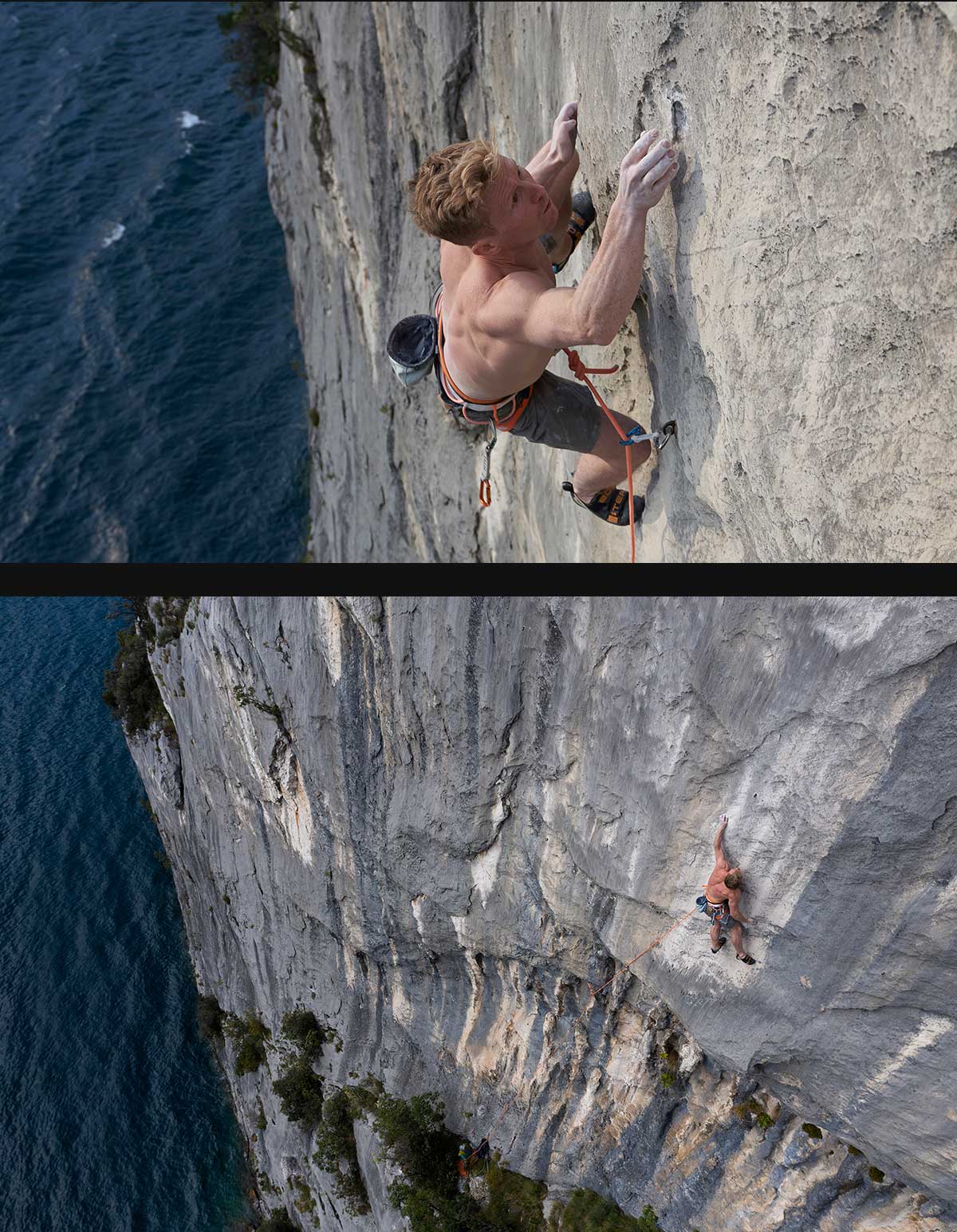